To account for the concern over COVID-19, Behrens Moving Company is offering free video consultations to start any new project. Fill out the form to learn more.
Free Quote

Get A Free Quote! 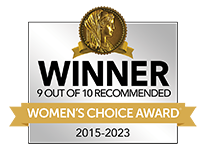 What wonderful service! The crew (Tom, Dave and KJ) were efficient, friendly, and very professional. We were thrilled with how quickly the move went and how well the crew worked together. We would highly recommend them!! Whether working with Dian...

Moving during the summer can be an exhausting endeavor because of the warmer temperatures. If you're dreading the thought of moving during the hottest months of the year, don't...

Get a Worry-Free Estimate with a Video Quote, All In the Convenience of Your Home.

During this time of uncertainty and social isolation, we are offering virtual consultations to help keep your family -and ours- safe and healthy. Send us a video of what you'd like to get started today!